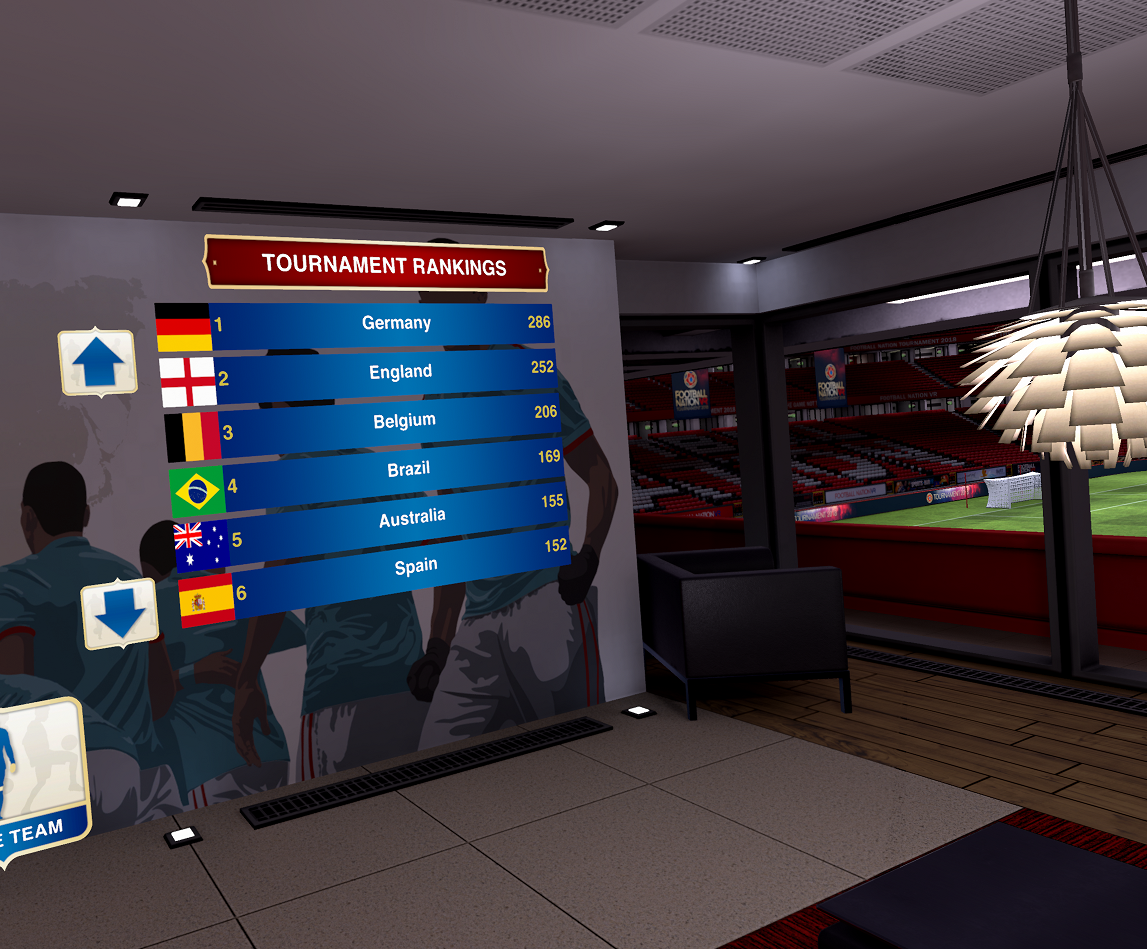 We're excited to update you on the tournament so far, In ROUND ONE England sat firmly in the lead for the first 3 days of the tournament, with Germany overtaking them on the 4th day and holding its position since.

Both England and Germany are showing they are strong contenders in the competition and Belgium are not shying away from trying to steal the cup.

Sitting on the 6th spot in VR and in the the real World Football association leagues is Spain, a good team who are playing together well.

Its not too late to join in, your country needs you, join us today in FOOTBALL NATION VR TOURNAMENT 2018 and rewrite football history!