Football Nation VR™, bringing virtual football to life. NEW 2018 Tournaments inspired by the World Cup. For the first time ever, you can physically feel the rush of playing in Football's biggest VR tournament as the vast stadium surrounds you; the virtual grass underfoot, the crowd cheering, the excitement and the undeniable patriotism for your country - a childhood dream come true.

Play solo against the A.I, join up to 16 player matches (8 Player online lobbies), or invite your friends into a private match for a little friendly competition. With a choice of pitches to play on, players can choose to play in the International league Stadium, or just have a Five A Side kick around with friends.

However you play, Football Nation VR™ brings to life the players, teams, and atmosphere of competitive football like no other game can; celebrate together as you and your team run, kick and tackle your way to the top spot on the global leaderboards. 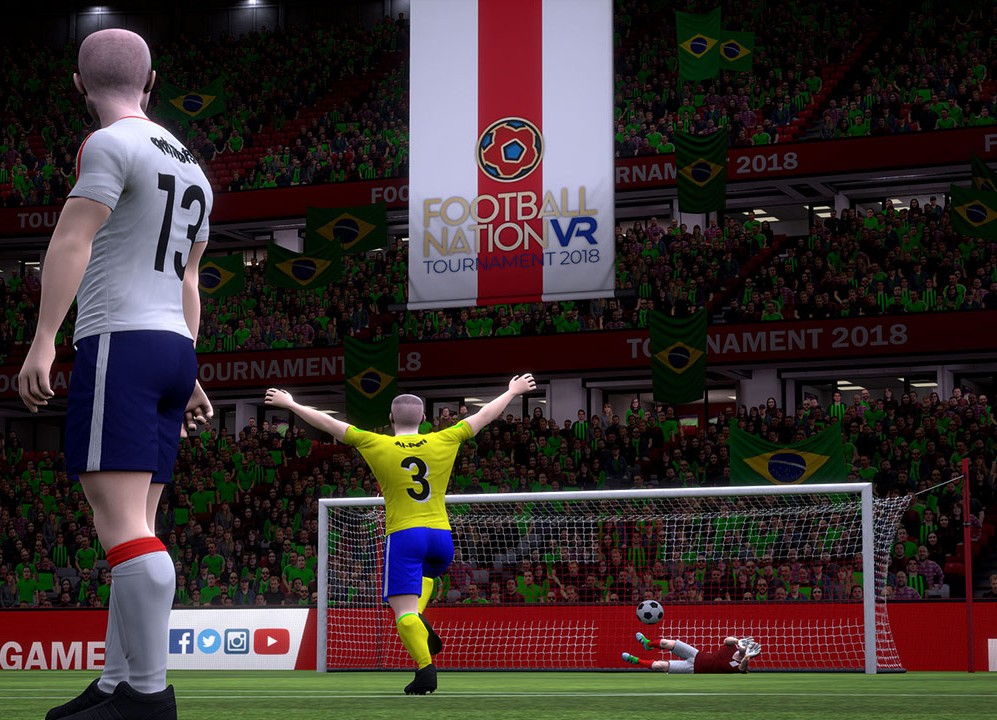